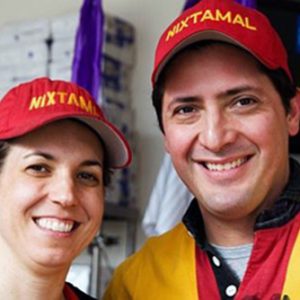 It all began with a heartfelt, stomach-led desire, and a simple (yet brilliant) idea.

Fernando Ruiz, who grew up eating tacos in the open markets of the Port of Veracruz, Mexico, wanted to change the popular notion that “you can’t find good Mexican food in New York City.”

After an intense brainstorming session with his cousin in Mexico, Ruiz concluded that what Mexican restaurants in New York City lacked was very simple: GOOD TORTILLAS.

An entrepreneur by nature, Ruiz decided that it was time for New York City to have an authentic tortillería. And not just any tortillería, but one using real corn instead of processed corn flour. He proposed the idea to his girlfriend Shauna, who accepted it enthusiastically. And so started the journey that led to the birth of Tortillería Nixtamal.

Where to Find Us